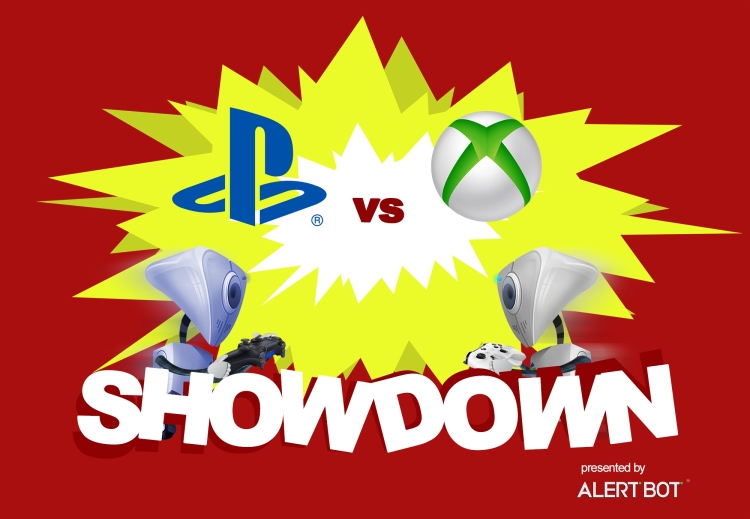 It may have been squashing a goomba while punching a coin out of a brick, dodging barrels being thrown by a grumpy gorilla, sorting oddly shaped falling blocks into interlocking patterns or simply catapulting miffed fowl at a group of defenseless pigs on your mobile phone, but chances are high that everyone has played a video game at one point in their life.

Poor web performance is no game any self-respecting owner of a website should play. We recently aimed our sights at the gaming industry and picked out two heavy hitters to evaluate: Xbox and Playstation. While their websites may not be the main point of interest for gamers, they’re relied upon for information, updates and even online digital game sales. Their online gaming servers may be the most important thing to keep running smoothly in gamers’ minds, but these top players in the industry will want to make sure their website stays up and always accessible.

We used AlertBot’s external website monitoring system and its TrueBrowser™ technology to monitor both sites for a couple weeks, spanning from February 4, 2018 to February 25, 2018. Both sites performed well—as can be expected from parent companies Microsoft (Xbox) and Sony (PlayStation)—but, as usual, one performed just slightly ahead of the other, even if not by much.

Both websites experienced 100% uptime, but both sites encountered minor errors that served as a few speedbumps along the way. Still, it wasn’t enough to qualify as downtime.

Xbox.com, despite its 100% uptime, experienced around 50 “slow page” warnings and over 20 page load timeouts (where something on the page takes a bit longer to load, slowing the page’s overall performance down). Xbox.com also returned an SSL Certificate expiration notice. However, none of these qualified as significant outages, and for that we still have to give them props. (Xbox 9/10)

Playstation fared the same with 100% uptime and a lot better when it came to the little errors. They only registered 7 timeouts and 5 slow page loads, and for that we give them slightly higher marks.  (Playstation 9.5/10)

When evaluating a website’s speed, we look at the time it takes the site’s homepage to render and load to the point of being fully interactive by the user. These tests are performed from the perspective of a first-time visitor with no prior cache of the website’s content. AlertBot runs the tests inside real Firefox web browsers using AlertBot’s TrueBrowser ™ monitoring.

Speed is crucial to the gamer – be it game load times (who else hates waiting for spinning icons to finish to get us past a cut scene or moving on to a new map in a game?) or server responsiveness – so a speedy game company website is key. Xbox.com experienced pretty quick load times, with its best day being February 24th with an average of 4.6 seconds. Its best response time, however, was on February 23rd at noon with 2.2 seconds. On the flipside, its worst day was February 12 with 6.7 seconds (which isn’t all that bad), but their worst hour proved to be on February 11th at 11pm with a sluggish 13.1 seconds. (Xbox 8.5/10)

Playstation.com actually turned in slightly more sluggish results geographically, too. Their best location was California, as well, but it was 2.5 seconds, and Florida was a close second at 2.7 seconds. Playstation’s slowest spots were also in Georgia and Missouri, at 12.6 seconds and 11.2 seconds, respectively. It’s not the worst we’ve seen, but Xbox clearly performed better. (Playstation 7.5/10)

For usability, we select a common task a user might typically try to accomplish when visiting the sites and replicate it. For our previous Showdowns, we tested things like going through the motions of ordering movie tickets from a local theater or simply adding a similar item to both sites’ shopping carts. For this Showdown, we’ll see what the experience is like to use their respective websites to add a digital download of a popular video game to the shopping cart and start the checkout process.

From the point of typing www.xbox.com into our Chrome browser and clicking around to find the Xbox One games, choosing the featured one (which, in this case was Dragonball FighterZ), clicking “Buy Now” and getting to the account login screen, it took 1 minute and 10 seconds. From the homepage, it took 7 clicks to get to the checkout process. It’s been a while since we’ve last visited their site, so our experience was fresh, but we encountered some significant slow loading times when getting to the product page. We actually added an additional click to the process because the “Buy Now” button didn’t load properly at first (and did nothing upon its first click). Overall, we got to do what we set out to do, but the process could have gone a lot smoother.

We were hoping for a better experience from Playstation, and we got one. From the point of typing www.playstation.com into our Chrome browser, it took 4 mouse clicks and 35 seconds to find a featured video game (in this case, Bravo Team), and get to the checkout stage (which was also an account login screen). There was some delay on first clicking on the game title, but it still loaded quickly and allowed us to get to the end of the process fast.

Both sites allowed us to get the job done in a rather speedy manner, but Playstation’s site gave us a much more positive experience.

With that said, here are the Usability scores:

Both sites performed very well, but that positive user experience helped push one over the other, albeit only slightly. So while it was a tough call to make, we have come to a conclusion —