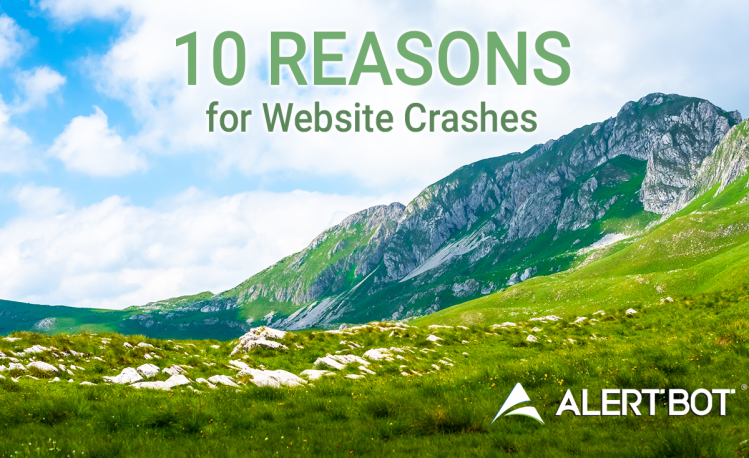 In the classic movie The Sound of Music, the whimsical governess Maria and the Von Trapp children sing about their favorite things — like raindrops and roses and whiskers on kittens. It’s joyful, it’s inspiring, and it’s in perfect harmony backed by a full orchestra. Isn’t Austria lovely?

Well, if Maria and co. were running a website (perhaps something to do with selling lederhosen or offering hiking tours in the hills), here are 10 things that absolutely wouldn’t be among their favorite things since they cause sites to crash:

AlertBot’s acclaimed technology cannot prevent these dreadful things from crashing your site — although now that you know what you’re up against, you can be proactive. For example, you should test all plugins/extensions before adding them to your site; make sure that you have the right hosting package, and so on.

AlertBot’s acclaimed technology CAN make sure that your team is immediately notified whenever your site crashes, so that you can take switch action and resolve the problem before your visitors get frustrated and head to the competition.

Try AlertBot free and discover why it will quickly become one of your business’s favorite things. Heck, you might even start singing about it in the halls.

Louis is a writer, author, and avid film fan. He has been writing professionally for tech blogs and local organizations for over a decade. Louis currently resides in Allentown, PA, with his wife and German Shepherd Einstein, where he writes articles for InfoGenius, Inc, and overthinks the mythos of his favorite fandoms.